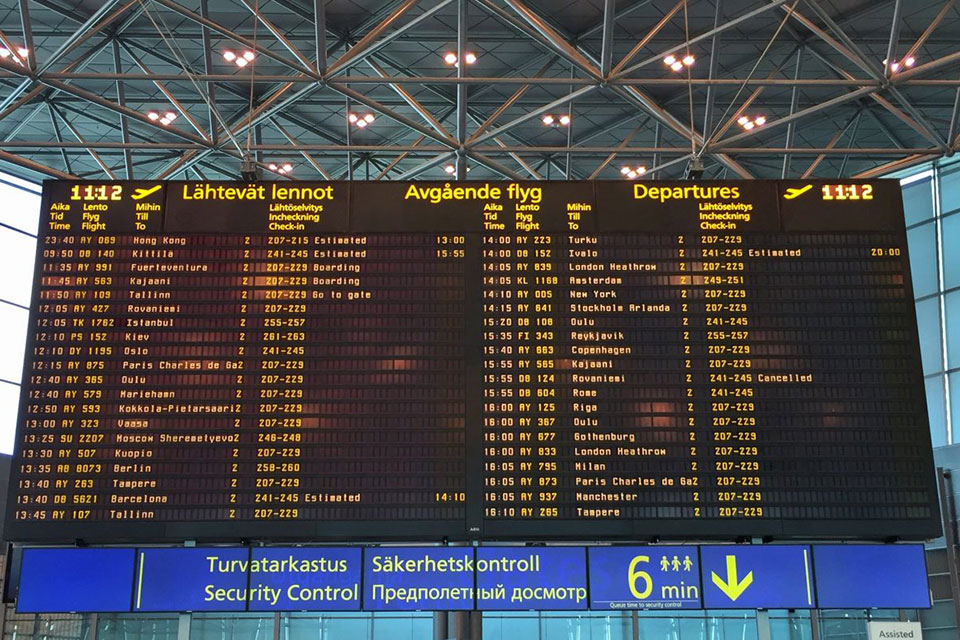 A great example of the longevity and reliability of our Lumineq© thin film electroluminescent (TFEL) displays takes us to the Helsinki-Vantaa International Airport in Finland.

The first electroluminescent display module components were used at the airport in the departures and arrivals screen, which displayed flight details to travelers.

Not only were travelers looking at their flight details, but also at the very first thin film electroluminescent displays in action! 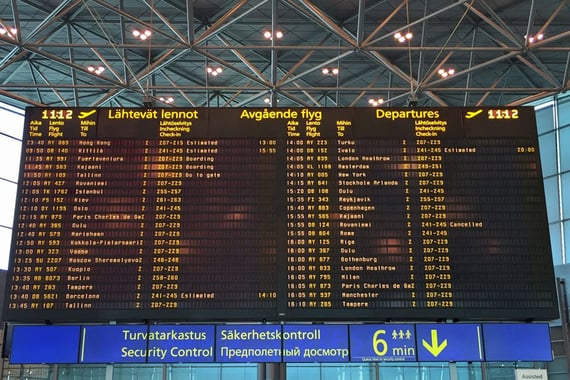 The display screen was built in 1984 and was on 24/7 for over twenty years.  Maintenance technicians had the task of making sure the large screen never failed to operate. And the display never did, so their task was quite easy.

The Colors of Reliability® tested

The maintenance technicians did have another task, and that was to measure the brightness of the thin film electroluminescent displays.

In the time column of the display, the time was shown in the standard HH:MM format, for example 14:30 for half past two PM. In that display format, the colon : is always turned on, so that section of the display area was used to measure the brightness. If the display brightness was going to dim even the slightest, the colon would be the first component to go.

The technicians performed brightness measurements for well over ten years, and the brightness hardly dimmed at all!

The results are given in the graph above. 100 000 hours stands for well over 11 years. In that period, the display brightness remained within 85% of the original brightness.

The departures and arrivals screen at Helsinki-Vantaa International Airport was in use for over 20 years without failure.

This kind of performance was, and still is, completely unsurpassed!

Design digital information in the line of sight

The Finnish Defence Forces have initiated the HX Fighter Program, with the goal to replace the existing Finnish Air Force Boeing F/A-18 Hornet...

November 11, 2019, Hannover, Germany - As one of the first LUMINEQ transparent display customers, the tractor solution pioneer Valtra showcased the...

A couple of weeks ago, we were hoping in this blog that spring would soon arrive and promised that the next display blog posts would be about other...