Transparent display - pros and cons of different technologies (with video) 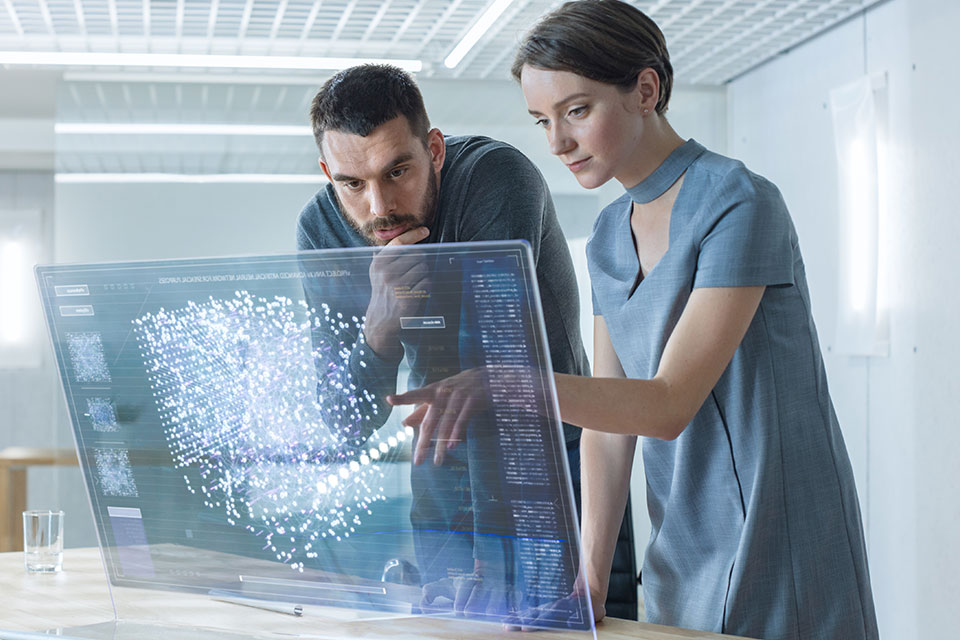 Transparent displays - the future is now.

Transparent displays include any electronic screen which can show information on a transparent surface which allows you to see through it.

However, if you think this is new technology, think again. While most transparent technology has come to the fore since the millennium, it was being used as far back as the mid-20th century.

In this article, we’re looking at four types of transparent tech which include typical projection head-up displays (HUDs), LCDs, OLEDs, and transparent electroluminescent displays (TASEL). We’ll look at the pros and cons of each and show you how transparent display technology plays an essential part in our working lives and free time. An explanatory video by researcher Jose Rosa is available at the end of this blog post.

Of our four featured displays, we start with the oldest, HUDs. The HUD we’re referring to here is a typical projection head-up display. These use a projection system to project images onto a piece of glass in front of the viewer. A typical HUD contains three primary components: a projector, a combiner, and a video generation computer.

The first steps into creating transparent head-up displays can be traced back as far as 1937. However, it wasn’t until the 1950s, following perfections to the technology by the US and British Royal Navies, UK Ministry of Defence and, finally, the Royal Aircraft Establishment in 1958, that the first true projection ‘head-up display’ was incorporated into aircraft.

There is also an emerging technology called TASEL, which makes it possible to laminate displays in glass and show information without a projection system. However, as this a different transparent technology, we’ll mention this later in the article.

The most common transparent projection HUD is a display composed by a piece of flat glass used to project images in front of the pilot. This allows the pilot to keep their head up (hence the name ‘head-up display’) so they’re not distracted by looking down at their control panel for information during flight.

And HUDs are no-longer restricted to airplanes with cars starting to adopt the technology to assist drivers with critical information.

So, what the positives and negatives of the typical head-up displays using a projection system?

This technology has been a staple for fighter pilots for decades. Although it helps pilots focus on the job and provides them with vital information, there are limitations too.

Why have we included LCDs as a transparent display when, at first glance, they’re not truly transparent? In fact, we’re only able to see the information on our monitors, such as laptops, with the introduction of a backlight and a reflector shield.

Take these away and we see true transparency of the LCD display - which is something Samsung did in 2012 with the production of their Samsung Transparent Smart Window.

However, to see the information, it needed the reintroduction of a backlight at all times to view it and, although this technology has been used to display products in stores, the need for constant light at the rear of the display makes its use limited outside of a strictly controlled environment.

So, let’s look at the pros and cons of LCD displays:

LCDs are also one of the most popular screens on the market and this rise occurred early in the 21st century when liquid-crystal-display sets rocketed in popularity. In 2007, LCDs eclipsed sales of competing technologies like plasma, cathode ray tube, and rear-projection TVs.

They were thinner and lighter, easier to scale. And for the manufacturers, the cost of production was lower, so it’s easy to see how LCD displays quickly became a favorite with manufacturers and consumers.

However, with restricted brightness and need for a constant backlight, LCDs are limited to certain use cases.

Organic light-emitting diode displays, or OLEDs for short, are a step up from LCDs when it comes to transparent technology.  For starters, unlike LCDs, OLEDs do not require the use of a backlight or any other filters due to the use of pixels which produce their own light.

This means they’re thinner and lighter and have higher levels of brightness which is why they’re used to create displays in smartphones, tablets, computer/laptop monitors and portable games consoles.

So, what are the full range of positives and negatives for OLED technology?

OLEDs are ideal for devices like mobile phones, as consumers are likely to change these regularly, which is less likely with a bigger purchase, like a television.

However, while the positives of OLED technology are many, its list of negatives is quite stark. Issues with heat, moisture, loss of brightness, pixel burnout and expense to the customer, soon take away from its positives.

Lumineq’s Transparent Electroluminescent displays consist of a glass panel with a luminescent phosphorous layer and a circuit board. The circuit board contains the drive and controls which are connected directly to the glass panel making the panel light up.

It’s the most transparent and durable display on the market.

As it’s an inorganic display with solid-state design, it’s unaffected by environmental changes, meaning it will withstand extreme temperatures (high or low), humidity, moisture, vibration and shock - none of which affects its response time. 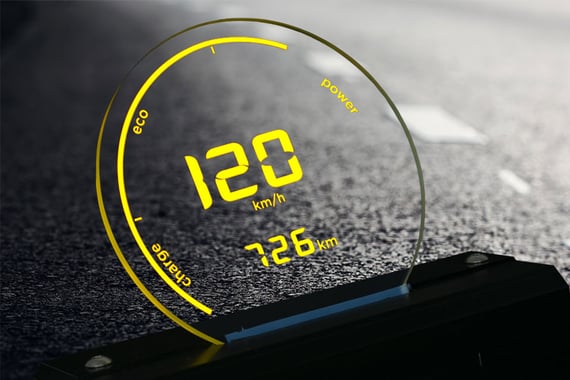 So, what are the pros and cons of transparent electroluminescent displays?

The transparent electroluminescent displays are good solutions for transportation vehicles such as cars, buses, trucks, trains, trams, boats, and airplanes because they can be laminated in glass and turn windows/windshields into information and functional displays.

TASEL displays also have transparency of up to 85%, which exceeds the automotive industry requirement of 70%.

It’s viewable from all angles, is visible in all types of weather conditions and is the only transparent display capable of working in the most extreme environments, from the freezing temperatures of the Arctic winter to the blistering heat of a desert summer.

However, due to the limitation of monochromatic images, transparent electroluminescent displays shouldn’t be used as entertainment screens in vehicles - they should be used to display only the most critical information in the eye-line of the driver without distractions.

Lumineq is also working hard on bringing more colors to our electroluminescent displays and looking at more ways in-glass technology can be used.

Science slam by Jose Rosa in the ImmerSAFE project

This comparison of different transparent display technologies is conducted by the Ph.D. reseracher Jose Rosa for the ImmerSAFE project. The project stands for "IMMERSIVE VISUAL TECHNOLOGIES FOR SAFETY-CRITICAL APPLICATIONS".

The future – and beyond.

HUDs are ideal for planes and cars, however, Lumineq’s in-glass displays rival HUDs, doing an equally good job with the bonus of it using less space and costing less to implement too.

LCDs are perfect for catching the eye of customers when used in window displays, while OLEDs really come into their own in mobile phones.

Lumineq’s transparent electroluminescent displays are ideal in transportation vehicles, heavy machinery, such as tractors, and optical devices, like range-finders and night-vision goggles.

As exciting as these unlimited possibilities are, they also create a new need for understanding and embracing the benefits of see-through displays. The eBook from below will provide you with ideas, inspiration, basic guidelines and industry examples for designing transparent displays for vehicles – from cars, tractors, and ships to aircraft.

Ruggedize your rugged displays for the severest conditions

Want to learn more about the LUMINEQ Display technology?

Vehicles today have twice as much glass as they did 30 years ago and it’s continuing to grow. Interior, exterior, transparent, nontransparent,...