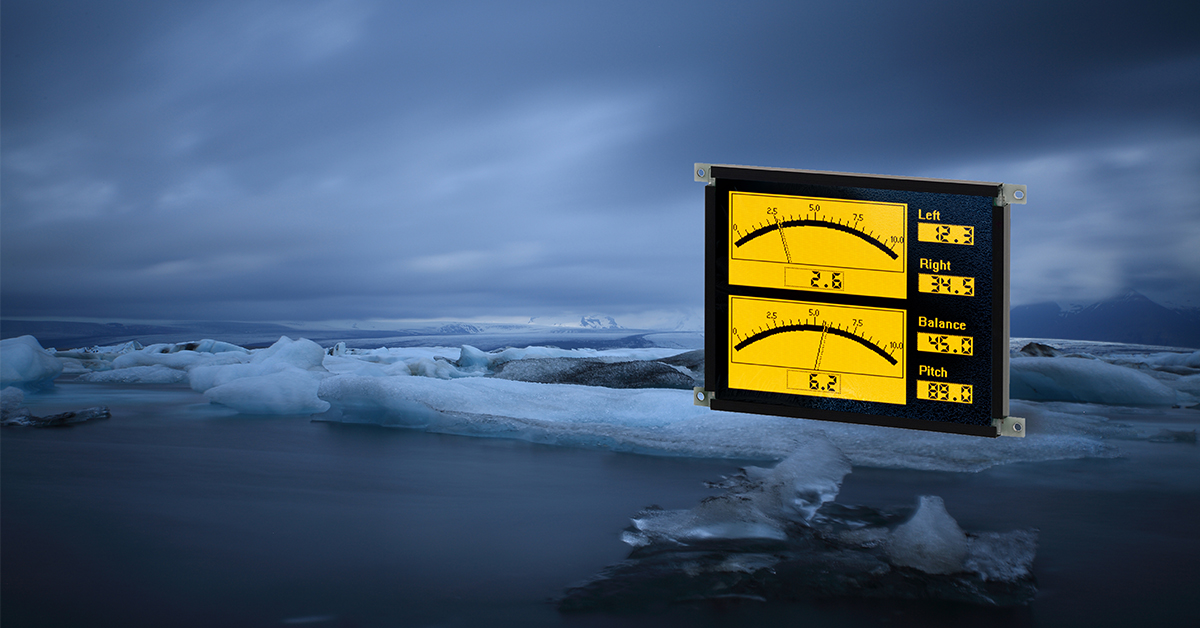 One of the main selling points of our rugged Lumineq displays is that they tolerate extreme cold without any heating components better than any other display type.

Recently, we received an invitation to show this in practice to some potential customers in North America. Where do you go in North America if you want to show that your displays work perfectly in the cold? Alaska, of course.

When it gets really cold LCD displays simply won’t do

It was a nice trip. The weather was beautiful. There was snow everywhere, sun was shining – just like they show it in tourist brochures.

Rest of the story is so predictable that it is almost boring.

Was it cold? Yes, it was. The sun does not warm much in Alaska during the winter. That was the whole point of the trip.

Did our Lumineq displays function properly in the cold? Yes, they did.

There really were no surprises. Where some other ruggedized displays, such as LCD displays, were already acting poorly because of the low temperature, Lumineq TFEL displays were as crystal clear and fast as we have learned to expect. And we are talking about our standard products and trade show demos. No hardening or warming is required. Just open the package and off to the wilderness you go.

Cold with direct sunlight is where Lumineq displays really shine

In the picture above, we are testing our Lumineq EL 40S display in outside conditions, running it off a large fuel cell. It was cold and there was sunlight (even though the sun was low). No issues whatsoever with the TFEL display. Instant on, no motion blur, very readable in the sunlight.

In short, we achieved what we wanted with the product demonstrations: If you are looking for displays for a cold environment and harsh conditions, Lumineq displays are still the display of choice.

The second half of 2017 was a busy time for Lumineq displays. We had a lot of interesting customer projects in the transportation, mission-critical,...

LUMINEQ displays at line of sight for Night Vision Devices

Like many mission-critical operations, law enforcement tactical operations often take place at night. Night Vision technologies have many uses in a...

A couple of weeks ago, we were hoping in this blog that spring would soon arrive and promised that the next display blog posts would be about other...